136103 global expats have registered on our website.
Expats video show 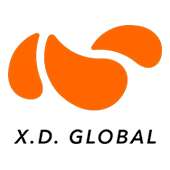 Receptionist
yutime Petroleum Co., Ltd..
10K - 15K RMB per month
Full-time
Platform advantages
Multi-Platform Sync
While you can check new job posts on HiredChina.com, new job info will also be posted on our Facebook page, Linkedin page, Twitter account, as well as our WeChat account GICexpat.
Free Functions + Paid Convenience
While you can use all the functions for free, you can pay a small amount of money to gain triple attention from the employers.
Instant Interaction
By clicking ‘Apply’at the lower left of job page, your intention will be automatically sent to the recruiter. At the same time, you can also use the instant message system to communicate with the recruiter.

The Highest-Paid Jobs For Foreigners In China

While there are many opportunities for foreigners to find work in China, the truth is that there are not many companies that can actually find work here. Due to China's large population, companies in China already have a large number of potential employees to choose from. So if foreigners decide to live here, they must choose the right job based on their career choice.

In China, English as a second language is the industry where jobs are most readily available. Ten years ago, there were about 2.5 million students learning English in China, and by 2013, that number had ballooned to more than 300 million. The value of this market will grow at a rate of 12-15% over the next few years and was valued at $4.5 billion earlier this year.

Teaching currently accounts for 87% of jobs for foreigners, but this is not limited to ESL, which accounts for 92% of jobs in education/translation, but there are also a large number of teaching positions nationwide in other languages and subjects such as mathematics, art and music.

Outside of teaching, your best bet is a career in networking, media and writing. In China, this is the most in-demand job besides teaching, and there is a huge demand for English-speaking talent to work in the creative media field. While most people have a much better grasp of English than Westerners have of Chinese, there is still room for improvement, and thus a persistent need for translation, editing, and copywriting.

The next area to focus on is marketing/advertising/PR related work. Many Chinese companies want to spread their products around the world. Most of these job opportunities you'll encounter are concentrated in the technology sector, which is currently experiencing a boom in China.

Beijing and Shanghai always offer the best job opportunities outside of teaching, but there are still plenty of jobs available across the country, so don't think these jobs are out of reach if you're looking elsewhere.

The other most surprising thing about making money for foreigners is sales. As we mentioned earlier in many of the positions, international sales in China is the kind of job you should choose if you are primarily targeting the foreign market rather than the Chinese market. Business development positions are more similar to sales positions, after all, when looking for Chinese customers, why go to foreigners when a company can select from a billion employees who know the country? This is not a concern, however, while most companies will not be happy to find a foreign employee to expand their business in China, your knowledge of your own country's culture, especially in Europe and North America, will see your value when penetrating a new market.

This means that if you're looking for a job, especially in management, foreign companies are your best bet. Companies want managers who understand their philosophy, and having a similar cultural background is essential. While this rule doesn't apply to administration and HR, there are plenty of opportunities here as long as you are willing to pursue a career in education. It's no secret that work cultures in the Middle West often clash, so many schools are turning to foreigners to run things at this level in the company.